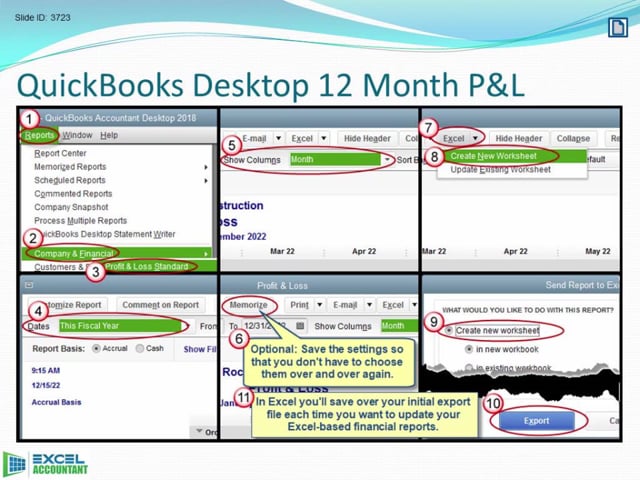 ﻿﻿﻿﻿﻿﻿﻿﻿﻿﻿﻿﻿Excel expert David Ringstrom, CPA, will teach you how to create dynamic financial reports—for any month of the year—on a single worksheet. Many Excel users build a worksheet for each month of the year, which can be inconvenient and tiresome to revise. Rather than using such a cumbersome method, David demonstrates how to apply the VLOOKUP, OFFSET, and SUM functions to quickly create accounting reports that allow you to toggle to any reporting period with just a couple of mouse clicks. In addition, David shares effective ways to export data from your accounting package so you can create a “set-and-forget” link to your accounting data in Excel.

Excellent course, however, the content is dated, as Power Query is superior to Microsoft Query.